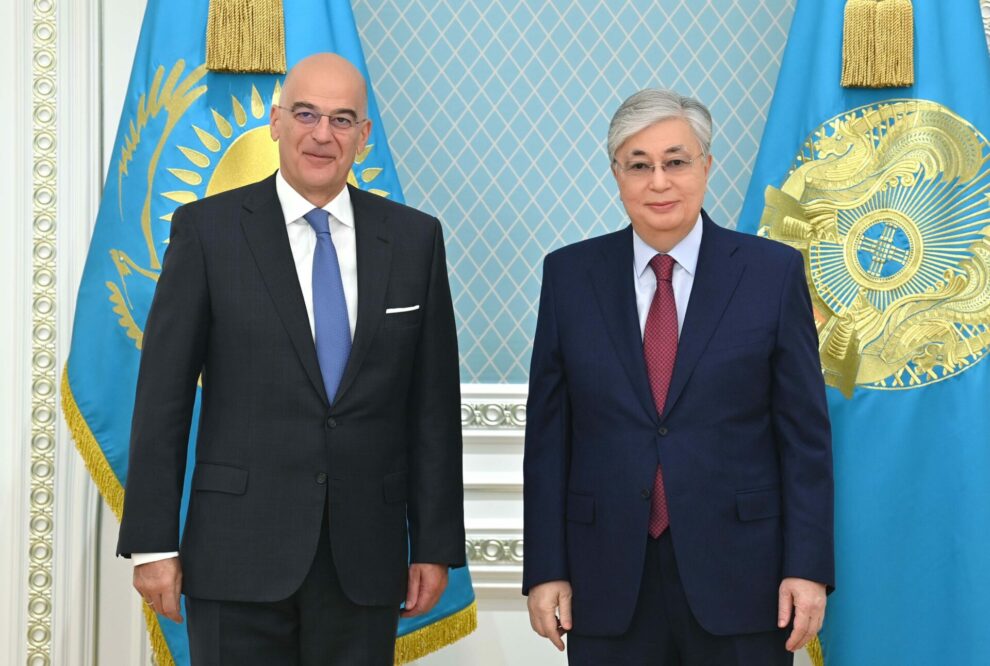 Last month, Kassym-Jomart Tokayev was re-elected to what has become Central Asia’s most geopolitically and economically important country – Kazakhstan. Everyone knew he would win. His tenure follows political upheaval that began in 2022 as an old guard and new guard clashed. The reformist policies of past leadership, led by Nursultan Nazarbayev until 2019, a man whose successor named the capital after him (and then named it back to Astana) and who by law was referred as the country’s First President, are still in place. Nazarbayev and his younger predecessor are following the same path in many ways.

“Kazakhstan has always done a good job of balancing the competing interests of China, Russia and the West, and we don’t see this changing going forward,” says David Nicholls, a portfolio manager at East Capital. “This is especially true with Tokayev, who is a technocrat president with strong international experience that speaks Chinese, Russian, and English,” he said. Tokayev also speaks his native Kazakh language, as well as Arabic.

For his part, the 82-year-old Nazarbayev is often referred to by his supporters as the country’s “first president”. He is surely the first after the fall of the Soviet Union. His family and friends wield a lot of power. He’s a force to be reckoned with to this day.

What he has done since coming to power in the last years of the Soviet Union has placed Kazakhstan on a path to become the most invested state in the region, with at least one neighboring country – Uzbekistan – attempting to follow in its path. Kazakhstan attracts more capital, however, based on the 2021 World Investment Report by the United Nations Conference on Development and Trade.

The same cannot be said for the region: a vast open space, landlocked, underpopulated, with rugged terrain, rugged people, war refugees and descendants of ex-Soviet Gulag prisoners that is the homeland to the likes of Viktor Bout, the Tajik-born arms dealer freed in exchange for WNBA player Brittney Griner. By comparison to most countries nearby, Kazakhstan is not only stable, it is only investment grade.

Geopolitics trumps economics for foreign investors in Kazakhstan. The political reforms that Kazakhstan lives under today were established by Nazarbayev. It started in 1992, with the elimination of Soviet nukes from within Kazakhstan’s new borders.

Kazakhstan’s decision under the Nazarbayev government, which he took over without opposition, showed the West that they would not be a part of the old Soviet war machine. That led to economic benefits as the country opened to foreign investors and began the government’s “multi-vector” foreign policy approach – friends with Russia, friends with China, friends with the neighbors — and the West. Friends to everybody. That was the message. And it helped Kazakhstan establish reliable and consistent relations with old and new partners.

It was under Nazarbayev that the country went from a GDP of just $25 billion to around $200 billion today, according to World Bank data. That is on par with Ukraine, which started with a 1992 GDP of about $82 billion and was always a cultural and industrial hub of the Soviet Union, unlike Kazakhstan.

GDP per capita under the Nazarbayev government has outpaced Ukraine’s and Uzbekistan’s. In 2021, it was over $10,000 a year, more than two times that of Ukraine, and that was before Russia began its latest military campaigns.

Over the last decade, Nazarbayev was loosely compared to his favorite Asian leader, Singapore’s Lee Kuan Yew– the type with a flair for markets who proclaimed, “economy first, democracy later.”

So long as the government wasn’t cracking heads or jailing opposition leaders, investors were fine with it.

Nazarbayev gave global business something they could latch onto – even if it was more showmanship than practicality. The Astana International Financial Center is one such example. The Disney Epcot-looking hub in Astana, now renamed Nur-Sultan, was the set for the World’s Fair in 2017. These global events may have the same cache as they did at the beginning of the industrial age, but it was a big splash for the country, and the real estate was always designed to become a financial center for the “new Kazakhstan” – a country Tokayev would later inherit.

Since the mid-2000s, a handful of state-owned enterprises opened up to foreign investors but were still majority owned by the state. This started under Nazarbayev, who promoted linkages of the country’s securities exchange system with Shanghai, Dubai, Moscow, and London. Under Tokayev, Kazakh e-commerce player Kaspi did a successful IPO in London. It showed the market that the country was forging ahead with the die cast by the previous government.

“I have been doing business in Kazakhstan since May 2011 and have lived here throughout this period. Nazarbayev certainly tried to develop Kazakhstan as a market-oriented economy. This is not an easy task, given that Kazakhstan is a commodity-producing country and the major part of the budget revenues comes from the export of natural resources,” says Forbes-listed billionaire Timur Turlov, CEO of Freedom Holding Corp in Kazakhstan. “But the Soviet economic structure has also been inherited, including a certain mentality, which was typical of the Soviet period,” he says. “To some extent, this is why you had a kind of hybrid state capitalism under Nazarbayev. So almost all of the banks were private, but they were in one way or another strongly connected to the state or Nazarbayev’s family.”

The Tale of Two Leaders

Not everyone in Kazakhstan is a fan of the former president. Ask a local business and they will give you an earful. Moreover, some see little difference between the two leaders, for better or for worse. They like the economic reforms, they like the respect Kazakhstan gets in the region, but they still think the country is mired in old world nepotism.

Still, according to Transparency International’s Corruption Perceptions Index, out of 180 countries, Kazakhstan is ranked 102 compared to 122 for the more corrupt Ukraine, 136 for Russia and 140 for Uzbekistan. The country’s perceived level of corruption on a scale of 0 to 100, with 100 being no corruption at all, is 37. That’s far better than Ukraine, Russia, and Uzbekistan and puts Kazakhstan on par with Brazil and Panama.

Tokayev inherited the country Nazarbayev built post-Soviet Union. Nazarbayev had to create the state machinery from scratch. There were no market economists, no lawyers to work in the market economy and no national legislation (Astana International Finance Center just copied Dubai rules and is functioning under English law).

Nazarbayev brought in advisors from Japan, Europe, the U.S., and Russia to help redo economic policies. He emphasized education, building and naming the country’s most well-known university after himself and launching the Bolashak study-abroad program that promoted people who got master’s and PhDs in the West to senior-level government jobs if they wanted them.

For the Tokayev government, the desire to shake up the whole economic structure and establishment, to demonopolize key businesses, and return billions squirreled abroad remains strong. Nazarbayev does not publicly object.

Tokayev has put a lot of effort into the redistribution of power and wealth to remake reforms his way. This is Kazakhstan v2.0 now. There will be an attempt to promote new elites and strengthen the role of small and medium-sized businesses in the country. There are open auctions and more mechanisms for new companies in new sectors to try their luck in the markets.

Corruption allegations and finger-pointing from the Nazarbayev and Tokayev camps could keep escalate the politics in Kazakhstan beyond what investors are comfortable with, along with the threat of Russia sanctions and a worsening war in Ukraine. As it is, the Nazarbayev’s supporters say that the Tokayev government is playing hardball against that family, something some people in the country want to see continue. Nazarbayev had stepped down to hand the reins to Tokayev and later would vote for the man in November 2022. He has been a vocal supporter of the president.

“The violent protests we saw in January were a negative surprise to us,” says Nicholls from East Capital. It led to Nazarbayev’s nephew being jailed for corruption. “The large-scale dismantling of Nazarbayev’s influence in Kazakhstan will clearly create some powerful enemies,” he says.

Tokayev does not shy from the conflict.

From The Diplomat magazine last month: Tokayev promised to implement political reforms to create this New Kazakhstan, stating in his speech: “We are faced with the task of strengthening the role of Parliament, which will be important in the successful implementation of the concept of a ‘listening state.’ We have a clear image of the future and outlines of New Kazakhstan — an effective state with a strong civil society.”

However, civil society conditions remain difficult, and democratic reforms are superficial, critics allege. Despite the promises in Tokayev’s speech, the political situation has not improved since the January protests, The Diplomat essay states.

All of this has hurt Kazakhstan’s credit ratings. S&P downgraded its rating outlook to negative. The credit rating is holding at BBB-.

Tokayev has his work carved out for him and is eager to shake the trees.

“Nazarbayev’s long-term legacy lies primarily in the fact that Kazakhstan was able to form a professional and stable government,” says Turlov. “Kazakhstan now has a surplus budget, large foreign exchange reserves and ensured stability – both from an inter-ethnic and economic point of view. That’s not a bad foundation for a country that only recently celebrated 30 years of independence. One could say that the achievements have been plentiful.”