Home » With China’s Help, Nepal Chips Away at Its India-lockedness 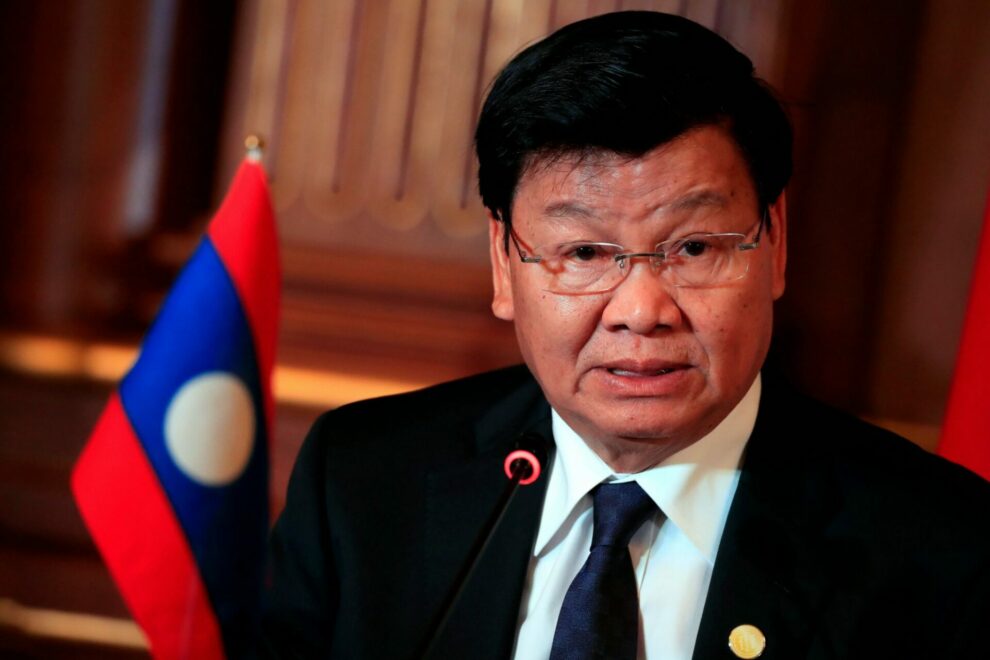 On December 27, a team of Chinese experts landed in Nepal to conduct the feasibility study of the Kathmandu-Kerung (Geelong) railway. On the same day, China opened the Rasuwagadhi border point, which had remained closed for 35 months because of the COVID-19 pandemic. It came a day after Communist Party of Nepal-Maoist Center (CPN-MC) Chairman Pushpa Kamal Dahal, a.k.a. Prachanda, assumed the premiership. These appear to be “goodwill” gestures from China to the new communist leader in Nepal.

The dream of a railroad linking Nepal to China is an old one. King Birendra Shah and Chairman Mao Zedong mooted the idea in 1973.

Landlocked Nepal’s connectivity with the rest of the world is through India. This has been a source of frustration for the Nepali public and policymakers as it has made Nepal very dependent on India. The railroad to China offers Nepal a way to break its India-lockedness and provides it with alternative access to the rest of the world. Also, there is an increasing need for better connectivity, given the expanding trade volume between the two countries. It was after the Indian economic blockade on Nepal in 2015 that Nepal and China accelerated their efforts on making the railway project a reality.

Then-Prime Minister Khadga Prasad Oli signed an agreement in 2018 during his visit to China. In April 2019, China included the Nepal-China Trans-Himalayan Multidimensional Connectivity Network in Beijing’s joint communiqué of the second Belt and Road Forum. The two countries signed an MoU on the feasibility study of the proposed railway during Chinese President Xi Jinping’s visit to Nepal in October 2019. Xi said the connectivity network would help Nepal “transform from a landlocked country to a land-linked country.” For China, the vision is a part of Xi’s ambitious Belt and Road Initiative.

The proposed rail will connect to the Lasha-Shigatse railway in Tibet. On the other side of the border, the rail could be expanded to connect Pokhara and Lumbini, two other major cities in Nepal

The railroad offers hope and has significant potential. It will symbolize the Nepali dream of better infrastructure and economic connectivity and represent good Nepal-China relations. Strategically, railway connectivity with China diversifies Nepal’s connectivity and reduces dependence upon India. It will ensure Nepal will suffer minimal consequences if India imposes a blockade in the future. Economically, it will facilitate trade with China. Supporters also point out that the railroad could be instrumental in bringing a large number of tourists from China to Nepal.

However, obstacles aplenty remain. First, the railroad has to transverse the mighty Himalayas. The terrain and ecology are challenging. China has shown that it can build a railroad in a complex landscape. However, the trans-Himalayan railroad will test Chinese abilities. Almost 98 percent of the railroad will either be a bridge or tunnel because of the terrain.

Second, the cost of the railroad is a primary concern. Previous estimates put the cost at $3 billion. However, it is expected to now cost around $8 billion (to link up to Shigatse). We will have a more accurate estimate after the feasibility study. There is a high chance of the cost being revised upwards. It will be a massive commitment for Nepal, whose GDP is around $30 billion.ADVERTISEMENT

Third, China has provided a grant for the feasibility study, estimated to cost around $300 million. However, it will be loans that will likely fund the implementation of the project. There is a fear that Nepal could go the Sri Lankan way if Nepal undertakes such loans without due diligence. The Nepali media is abuzz with apprehensions over the “debt trap,” citing what transpired in Hambantota port in Sri Lanka. The Nepali ambassador to China has sought to dissuade such concerns, but it will not be easy.

Fourth, some are concerned that the railway does not benefit Nepal. Nepal’s trade with China amounted to NRs 235 billion ($1.8 billion) in 2020/21. However, Nepal’s exports accounted for a paltry NRs 1 billion ($8 million). With a 1:234 export-to-import ratio, trains running will carry Chinese goods to Nepali markets but can be expected to return empty. Therefore, the railroad could only increase Nepal’s imports from China.

Fifth, India sees the Himalayas as its natural defense frontier and the region south of the Himalayas as its sphere of influence. It could see the railroad as China broaching India’s security perimeter. India was not pleased when Nepal signed the BRI agreement in 2017.

Talks of a railroad connecting Nepal to China has had India on its toes. In recent years, Nepal and India have upgraded and expanded the dysfunctional Janakpur-Jayanagar railway to Kurtha. In April, Indian Prime Minister Narendra Modi and then Nepali Prime Minister Sher Bahadur Deuba jointly flagged the cross-border railway service between Jayanagar (India) to Kurtha. The 35-km-long railway was built with an Indian grant worth NRs 10 billion ($75 million). In addition, work is underway to expand the road to Bardibas via Bijalpura. This is one of the five cross-border links being talked about between Nepal and India.

Nepal has its task cut out. Firstly, it needs to do a cost-benefit analysis in conjugation with the financing modality. If the current trade trend continues, the benefit to Nepal will be minimal. Meanwhile, Kathmandu needs to engage New Delhi to communicate Nepal’s rationale and assure it that the railway will not affect Indian security interests. Nepal needs connectivity with both neighbors, and it is not a competition. Also, Nepal needs to harmonize infrastructure development to its northern border with China and its southern border with India to support Nepal’s growth.

India builds a broader gauge railway, and China, a standard gauge. It will be a challenge for Nepal to find a way to make the railway tracks built in collaboration with the two countries interoperable. This will be a major test of Nepal’s diplomacy.